Skip to content
Hi there,
As part of the Australian trumpet and cornet playing community, I would like to invite you to take part in a questionnaire that I have devised.
I have discussed with some of you our joined frustration regarding the lack of affordable, comfortable, and appealing trumpet backpack cases available. Although I’m not sure I will be able to solve this problem, this questionnaire is my first step in considering what comes next.
Please feel free to forward this on to your Australian trumpet and cornet playing colleagues, parents of students, bandmates etc.
This questionnaire should take no more than 5 minutes to complete:
QUESTIONNAIRE HERE
Thank you in advance for your time.
Kind Regards,
Louisa Trewartha
——
Musician | Composer | Teacher
www.louisatrewartha.com.au

Organised through the Regional Centre for Culture, I have been commissioned to compose and conduct a work for mass brass and pipes.

On Friday September 28th, community bands from regional Victoria will perform their own entertainment items, and then come together to showcase the magnificent joined sounds of brass, drums, and pipes.

I hope you can make it to this special performance.

I’ve been extremely fortunate this week to be working with the TSO and tutors Paul Stanhope, Jessica Wells, and Maria Grenfell, and TSO assistant conductor Elena Schwarz.

Four students from across Australia were selected to take part in the week-long program (Samantha Wolf, Alex Turley, and Adam Brook) in which we rehearsed our own pieces, a song arrangement, and a piano orchestration.

The week concluded with a concert of the original works and the orchestrated suite of Schumann’s Papillons. An ABC radio interview about the week can be found here and here.

The Mid America Freedom Band will soon be premiering my work Silver Lake.

Portraits
MAFB celebrates civil rights pioneers and future frontiers
Sunday, October 29
2:00 pm
Unfortunately, I won’t make it to the concert in Kansas City, Missouri but I see that the performance will be at a fairly impressive venue:
National WWI Museum and Memorial
Chookas to everyone involved!
LT x

I am very chuffed to announce that the 3rd movement from my Flugelhorn Concerto has been selected as the work for open solo at the 2018 Australian National Band Championship, which will be held in Melbourne.

For anyone who is planning to play this work please note the following amendments that should be noted at the beginning of your first edition: 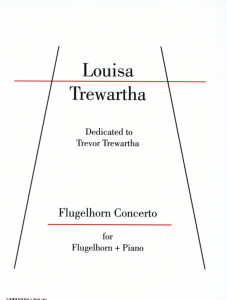 On the 24th and 25th of May ’17, Kammervolk Collective ran a concert titled immersion. The evening featured new and existing works for string quartet and visual media. This included the premiere of my work freewheel | cassette, for four strings and four screens. A recording will be available soon. Stay tuned.

I’ve been having a great time playing second trumpet in the Melbourne season of My Fair Lady, directed by Dame Julie Andrews. It’s also been an exciting opportunity to cover first trumpet for a few weeks of the run. A wonderful show- on until the end of July, ’17. Come check it out!

In April 17′, I had a super week tutoring with The Australian Youth Orchestra for their Young Symphonists program. This year held in Mt Eliza, I was fortunate to work with incredibly talented students, tutors, and AYO staff. 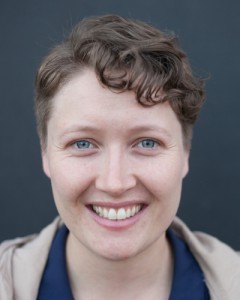 Trewartha, a freelance composer, conductor, educator, and trumpeter from Melbourne, Australia, was unanimously selected by a five-person panel after reviewing the submissions resulting from the fourth annual Mid America Freedom Band Call for Proposals. Each year the call is altered slightly to fit the theme of the season.

Submissions were received from a talented pool of 40 composers from across the globe including those from Brazil, China, Australia, Germany, Israel, Mexico, Argentina, Japan, the United Kingdom, and numerous entries from the United States. In keeping with the theme of the Mid America Freedom Band’s 2017–18 season “Frontiers and Pioneers,” Trewartha will write a piece inspired by Little House on the Prairie by Laura Ingalls Wilder, to receive its premiere on October 29, 2017 at the J.C. Nichols Auditorium at the National World War I Museum and Memorial by the Mid America Freedom Band.

“Louisa’s diverse background as a performer, composer, conductor, and educator shows in her carefully crafted compositions. Her skill is evident across her gripping film scores, timbrally creative chamber music, and compelling works for brass band. We’re delighted to work with her on this new piece. It’s a honor to present new and unfamiliar voices in contemporary composition to our Kansas City audiences. I encourage those in the band world to seek out her music and that of our other stellar finalists,” writes Mid America Freedom Band Artistic Director Lee Hartman.

Here is myself and Amir Farid playing the premiere performance of the work in 2014: